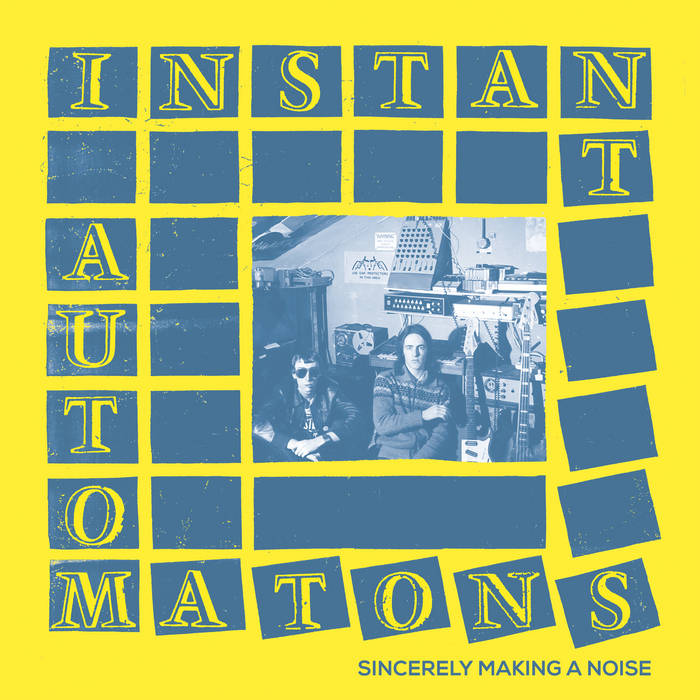 Alex Macfarlane very happy this has been released

The Instant Automatons were leading figures in the largely cassette-based U.K. Bad Music scene (a British DIY movement whose adherents made their music available on cassette, for free) of the late '70s. Between 1977 and 1982 , using a bedroom full of homemade gear plus some conventional instrumentation, core members Protag (later of Alternative TV, Blyth Power and Zounds) and Mark Lancaster (“somewhere between Cooper Clarke and Mark E. Smith”) forged a warped hybrid of traditional songcraft and lo-fi primitive post punk. Although cassettes were the band's native medium, they also appeared on several vinyl releases, including their own EP and various compilations featuring similar weirdos.

“The Instant Automatons mixed the experimental and the conventional, with relatively traditional song structures often lurking beneath the surface weirdness--unlike some of their post-punk contemporaries who deconstructed the concept of "the song" itself. Again, Lancaster attributes some of this to practical considerations: "We were only just learning to play our instruments and our equipment was deficient, so even our best efforts to play 'properly' sometimes turned out quite bizarre." The band was never short of skewed rock and pop oddities, most memorably "John's Vacuum Cleaner"--a weird tale of love, betrayal, appliances, obsessive housework, and suicide.” Perfect Sound Magazine

For fans of the Messthetics compilations (Hyped to death released the Another Wasted Sunday Afternoon compilation Cd),Urinals, Homosexuals…